Home » Diablo Immortal’s Release Has Been Delayed in China
Gaming 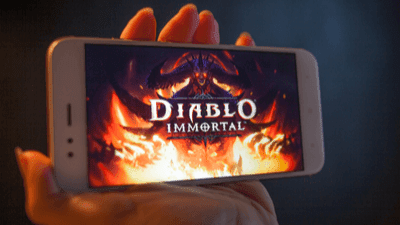 Diablo Immortal’s release in China has been postponed indefinitely.

Diablo Immortal is Blizzard’s most controversial release yet. It was supposed to debut in China on June 23, but those excited to buy Diablo Immortal Items will have to wait a bit longer. NetEase has pushed back the release date indefinitely. Known as the game’s co-developer and local publisher, NetEase stated that they needed to make further “optimizations, ” including a slew of performance and network improvements. They also commented that they’d be adding support for more devices. This is a highly unusual move for Blizzard and NetEase, considering Diablo Immortal had a relatively smooth rollout in Japan, South Korea, and Western territories in the first week of June.

Other Factors At Play

Questions are bound to be asked about the other potential reasons for this delay, and there might just be factors at play that we might not have heard from the horse’s mouth. After posting a caption of “why hasn’t the bear stepped down?” the post gained traction, NetEase found itself in the bad graces of China’s censors. They seemingly referenced Winnie the Pooh – the character used to mock the current Chinese President, Xi Jinping.

Daniel Ahmad, an industry analyst, said that the move to delay the game’s release comes a few days after a Diablo Immortal’s official account on China’s primary social media platform, Weibo, was banned from making posts. According to Weibo, the ban resulted from a “violation of related laws and regulations.” Weibo also deleted all discussions related to the said post from the service.

One wonders whether the game is headed for hot waters in China. Diablo Immortal is already under intense criticism for its monetization design, which many say is exploitative. With reports that it could cost between $50,000 to $110,000 worth of Diablo Immortal Platinum to max out a character fully, other countries such as the Netherlands and Belgium banned the game from entering their premises. Since these countries have strict laws regarding loot boxes in online games, it makes sense for them to keep the game out of their territory, but it doesn’t take much to see just how much money you can sink into Diablo Immortal in a day if you wanted to beef up your character.

There’s also the fact that China has a strict regulatory environment for video games. Currently, the government is actively campaigning against the industry. Many gaming companies in China have gone out of business due to a freeze on granting new restrictions and licenses on the time minors can spend on games. At the very least, China’s rules about loot boxes aren’t as strict as the Belgian and Dutch legislation, though; as long as Blizzard places a cap on the number of daily purchases and discloses the drop rates, they should be good to go.

Getting the Ban Hammer in China

This isn’t the first time a game developer has encountered issues with Chinese regulators over a Winnie the Pooh reference. In 2019, publisher Indievent lost its license to sell Devotion, a Taiwanese horror game that contained the image of Pooh, in China. This led Indievent to cut ties with their developer, Red Candle Games.

Pooh Bear has been used for years to mock or criticize President Xi Jinping because of their physical similarities. It’s clearly a sore point for Xi, which is apparent after China banned the 2018 release of the Christopher Robin Disney film.

There hasn’t been a new release date for Diablo Immortal in China yet. Still, NetEase stated in their delay announcement that they’re putting together a “thank you package” filled with legendary materials and equipment to compensate for the delay. These packages will be available to all players in China once Diablo Immortal goes live.

To an extent, Diablo Immortal has been designed with China in mind. The Chinese market is vastly dominated by free-to-play online PC and mobile games. To further prove the point, Blizzard enlisted a Chinese company – NetEase – as their co-developer to help tailor Diablo Immortal’s core gameplay to their business model.

What’s more, China is the biggest market on the planet right now, and not being able to release Diablo Immortal would seriously blow the game’s expected revenues. Nonetheless, signs are already pointing to Immortal being a hit, with the data from App Magic suggesting that Blizzard made a cool $24 million in just two weeks after its launch from micro transactions like Diablo Immortal Platinum.