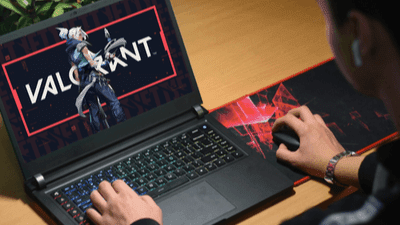 Valorant Episode 5 adds another dimension to the FPS’s gameplay by adding a new rank, map, and battle pass.

Valorant’s fifth episode, Dimension, kicked off a couple of days ago. Players thinking of diving into this season can expect much content to work through, including a new event pass and map that are front and center for the first Act. If you’re the type of player that loves to grind, then you’re bound to find something you’ll enjoy in the game’s latest battle pass. Best of all, some of the community’s favorite weapons are getting a fresh coat of paint in the form of new Valorant skins! Without further ado, here’s a quick rundown of what you can expect for the latest episode.

As allValorant account owners know, every season will offer its own brand new battle pass, and Dimension is no slouch in that department. One of the highlights for this season is the Spitfire weapon skins for guns such as the Guardian and Ares. There are also the Shimmer skins for the Bulldog and the Stinger. And to kick it up a notch, if you prefer skins that give off a tech-ey and futuristic vibe, perhaps the Task Force lineup will be more of your style.

The player cards for Dimension are cute, too; there’s even one that looks like a bunch of adorable Valorant agents packed into a van for a beach trip! Of course, we can’t forget the Tactibunny and Tactibear cards either – who can forget those furry friends?

If you want to earn even more tiers of Valorant goods, you can opt to get the Act I Premium Battlepass to get exclusive skins like the Spitfire Operator, Task Force 809 Phantom, and the Cat Tactics Gun Buddy.

There’s an ongoing event pass going on right now that’s free for everyone who logs in and plays Valorant. Until July 12, players can participate in the Crossover event. It’s inspired by the Dimension’s story cinematic, where Reyna, Killjoy, and Neon come across comic book versions of themselves on Omega Earth.

Three of the rewards from Crossover are player cards that are Omega Earth comic book covers of most of the Valorant agents. One of which includes Omen, who dons a cover entirely by himself, just because he’s cool and edgy.

From June 22 to July 12, players can earn XP while adding these three exclusive player cards, new Titles, and Radianite Points to their collection.

Since Valorant was released two years ago, Riot Games has done an exceptional job of constantly introducing new maps to shake up the game play. However, none of the past maps introduced have ever taken place on Omega Earth – Valorant’s alternate-reality Earth, where certain agents we know and love are the “bad guys.” The newest map added to Dimension: Act I, Pearl, sits under a dome in the water on Omega Earth, ravaged by climate collapse. Pearl is also inspired by Portugal, giving the map a distinct sound and look that Riot hasn’t explored much in the previous seasons.

Most Valorant maps feature a gimmick. For example, Fracture has a collapsed middle, and ziplines span over the map. Then there are Bind’s one-way teleporters. In the case of Pearl, it brings that typical three-lane gameplay back to the forefront. A queue has been added in Valorant’s main menu where players can exclusively play Pearl for two weeks to help it shine. For now, the queue is still Unrated, but once the two weeks are up, Pearl will be added to the competitive rotation, just like the other maps.

If you still haven’t reached Radiant rank, we feel you. It just feels impossible at times to climb that ladder, and if that wasn’t enough, Riot Games decided to make things even harder in Valorant with the new Ascendant rank. Ascendant is situated between Immortal and Diamond, so if you’re trying to climb into the Prestige ranks, congratulations – your tank just became more difficult now. Guess those dreams of getting to Radiant will have to wait a bit longer, eh?

According to Riot, the purpose of the Ascendant rank was to spread player diversity over the rank queues more evenly. The lower ranks, in particular, were getting too crowded; instead of moving players up and into more sparse queues, Riot settled on adding a new rank entirely.

When Does Dimension’s First Act End?
If we look at the battle pass, Act I of Dimension is due to end on August 23. If players haven’t logged into their Valorant accounts yet, we highly recommend them to do so to at least get the free rewards event pass rewards. Keep in mind that things are still liable to change if Riot sees a reason to extend the season or even cut it short.