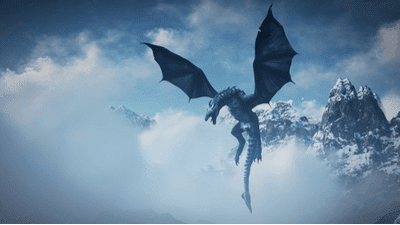 Only time will tell

WoW Dragonflight has been announced for three months, but players aren’t too keen on it. Some are too tired of Blizzard’s overpromising and reluctance to take player feedback into account. They’re burned out with too many things to do and long waits for the next batch of content. Now, they’re expecting Dragonflight to be much of the same. They’re quitting WoW Retail to farm WoW TBC gold instead.

Why Players Won’t Come Back for Dragonflight

Blizzard has been making poor decisions for some time now. Players aren’t blind or stupid, and they see the problems. However, they’ve been somewhat minor, and subscribers can still find enjoyment in the game (begrudgingly).

Then, the lawsuit blew up. The world saw many unsavory things about the company come to light. Employee mistreatment, an atmosphere of a fraternity, and the lack of focus on making the game better for the players don’t bode well for any company. It’s not that the players are unsatisfied with the game. That’s easily fixed if the company cares to fix what’s wrong.

The point is it seems Blizzard cares more about keeping their revenue at any cost rather than making the game better. There’s the artificially increasing playtime through some time-gated content and the messed-up content distribution. They pile on the content (which the players somehow breeze through, almost burning themselves out in the process). Then there’s a long wait until the next heavy load of content.

If the devs spread the content so that it could be completed in time for the next batch to appear, it would work magic on complaints of ‘lack of content.’ Instead of releasing 4-7 raids every six months, having 2-3 every two months is more manageable.

Now, there are also other reasons. The new Dracthyr Evoker is stuck with two specializations, a step down from the usual three. While the new talent tree revamps might give it more flexibility, players think it will not be enough.

Why Would Players Come Back?

Frankly, there are too few reasons for players to come back. If they don’t enjoy the game anymore, why should they pay to play it? Who would want to support a company with shady business practices? Why would they play a game where the developers must be strong-armed to improve it?

As a subscription-based game, the players must feel that the game is worth its price. Blizzard has to clean up its act and start listening to the feedback. They have visions of how the game can increase its revenue potential, but if it comes at the cost of alienating players, is it worth it?

Okay, sometimes, players don’t know what they need. Like how the devs aren’t always right, the players make their own mistakes. The point is, it’s not good for the devs to ignore player feedback. There has to be some back and forth, some compromise, that lets the game improve. While some players are content with quitting the game, others are just looking for a reason to return.

Many players have dropped the game for other MMOs since Battle for Azeroth, and the trend is likely to continue to Dragonflight. Unless Blizzard finally tunes in to how to engage players, anything they try would fall flat.

The rework of the professions and UI improvements are significant but still not enough to entice players to come back. Same with the chance to ride dragons and an overhaul to flying mechanics. There should be a shift in focus back to what players can enjoy instead of what brings the company the most profit.

It’s too early to say just yet. All we have of the expansion is a cinematic trailer and its website. As the release gets closer, we’ll have more information about it. Trailers are supposed to attract and engage players (whether new prospective ones or not). They’re trying to bring out the best of the expansion.

Still, players can read between the lines and follow the pattern of behavior. Blizzard hasn’t been on a good track record, and they haven’t shown any evidence of turning the leaf. We can only watch and wait.

While the trailer has 2m views and only about 50k likes, this isn’t a metric of the expansion’s failure. That only means 2.5% of those who watched it liked it. Since Youtube has removed the counter on the dislike button, we don’t know how many disliked it.

Extensions only extrapolate on a possible number but don’t show the precise amount. Even if we hypothesize that the dislikes are at least equal to the likes, that’s only 5% of the viewership. One thing’s for sure, though. There will always be players to are hyped up and excited about it. The only question is which side has the majority.

The answer rests in the hands of the players who want to reserve judgment. The general tone of the forums about it paints the prospects pretty bleakly, but there are some bursts of light among the shadows.

There’s also the fact that some players buy the expansion, play for the first month, then go back to hibernation. Others sub for Classic instead, farming TBC Classic gold and enjoying what World of Warcraft used to be. What that says about WoW Retail should be a warning sign to the devs.

What do you think? Will Dragonflight soar or crash and burn?